The Oil outlook remains under pressure as COVID-19 disruptions accelerates and with the OPEC+ agreement in tatters. Just to remind you at this point that, other than pandemic disruption, at the beginning of March OPEC was responsible for a 30%-plus plunge on oil prices. The breakdown in talks between OPEC and Russia on the management of oil supply initially sent  Oil to 4-year lows, with Russia turning down the OPEC’s proposal  for expanding the cuts with its allies by an additional 1.5 million barrels per day to over 3 million bpd until the end of the year.

This caused the collapse of the alliance and the start of a price war over market share, as Saudi Arabia was clearly upset by Russia’s response, with the former unleashing output in response to the latter’s intransigence about trimming supply at a time of falling demand due to China’s lockdown (the largest consumer of SA output). Saudi used the same technique as in 2014 by keeping its production stable since they decided that low oil prices offered more of a long-term benefit than giving up market share in an effort to force Russia to “comply”. After all, Saudi Arabia holds the largest oil reserves in the world, hence it’s the only country that can withstand low oil prices for a larger time period than others without a significant impact to its economy.

However this is painful for other OPEC members such as Nigeria and Algeria, while, according to Reuters calculations, members were bleeding over half a billion dollars a day in lost revenue. The US is also affected indirectly but strongly.

Therefore, after the big failure for coordinate actions, a price war is far from clear, as Russia is planning to boost output from April 1, and is considering raising it by 40,000 to 50,000 barrels per day (bpd) within a month, while they are expected to increase output by 200-300Mbbls/d in the near term.

On the flipside, Saudi Arabia, which has more room to increase output, is preparing to increase its own supplies to up to 12-13 mln barrels per day above their sustainable production capacity. Meanwhile, it is offering its crude oil at a significant discount especially in Europe over April, making clear its aims to push away not only Russia but also Canada and the US from its core market.

With this aggressive strategy, Saudi aims to sustain or even increase the kingdom’s market share. Saudi Arabia holds about 25% of the world’s oil reserves, about 70% of global spare production capacity, and it is the world’s largest crude exporter by a large margin.

That said, there is nothing really that could bring OPEC members back to the table. However, the next scheduled OPEC meeting in June is still on, even though it might proven to be too late (as surplus has already been filled for 2Q20) .

But who is in favor right now? 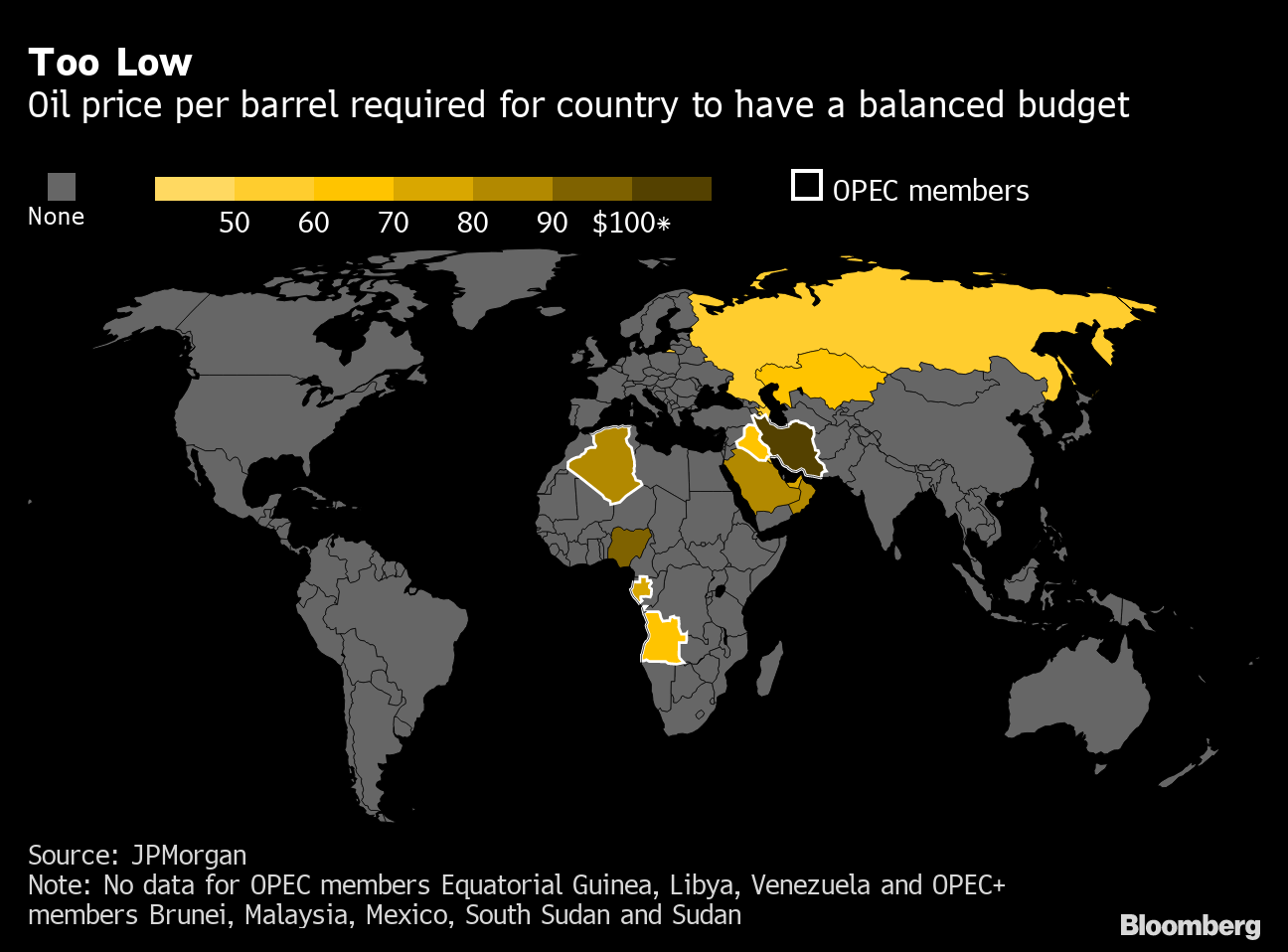 Unfortunately all these are not the sole drivers of Oil outlook in 2020.

Demand concerns remain a key driver as well, as countries continue to go on complete lockdown due to COVID-19 while they have set very strict travel restrictions. China was the first country hit by the pandemic and forced   into a complete shutdown. Now it has hit the globe, it has hit the global economy, it is keeping people at home, it has cancelled thousands of flights all over the world, it has caused factories to start shutting down production, and all the while it has been significantly reducing oil demand.

Oil prices have fallen over 70% since October 2019, and while this shock in oil has increased credit risks in financial markets, the pandemic weighs heavily on oil prices, which could be heading for a massive contraction in demand on a yearly basis, of over 10.0 mln bpd.

Meanwhile, according to Reuters, “Global fuel demand is set to drop by as much as 15% to 20% in the second quarter as a result of the coronavirus pandemic, which has killed more than 22,000 people, shut most worldwide air travel and has numerous countries imposing lockdowns keeping people at home and out of their cars.“

In conclusion, clearly we are facing a year with lots of uncertainties, with heightened risk of a sharp world-wide recession. The risk-off conditions, along with a sharp, virus-related drop in oil demand and prospects for ramped up production from Saudi Arabia and Russia, have pressured  oil prices down to an 18-year low and  are expected to retain pressure on oil.

The overall outlook remains strongly bearish unless OPEC+ does take steps to agree on a new output cut plan in the 2H of 2020, although even a coordinated move like this would not easily bring the Energy market into balance.